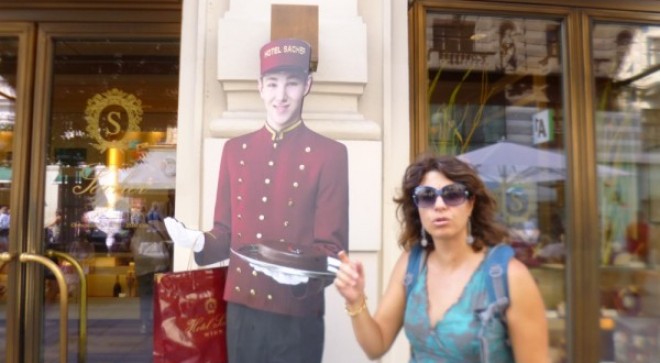 What is there to do after school on a rainy afternoon? Or what do you do to lift your spirits and make your stomach happy as you long for vacation? Well …you can make our favorite cake “The Sacher Torte”!

My little boy tasted the Sacher Torte for the first time this summer in Vienna and he immediately fell in love with it! Over the holiday we tried many versions of the Sacher Torte even the original recipe from the Sacher Hotel.

The question is, “What is the best Sacher Torte?”

The answer depends on the situation in which you taste this delicious cake. For example, imagine yourself after having skied for three hours. Your cheeks are rosy and cold and your mind starts to dream of a delicious piece of cake. The Sacher Torte can surely be your tasty reward. 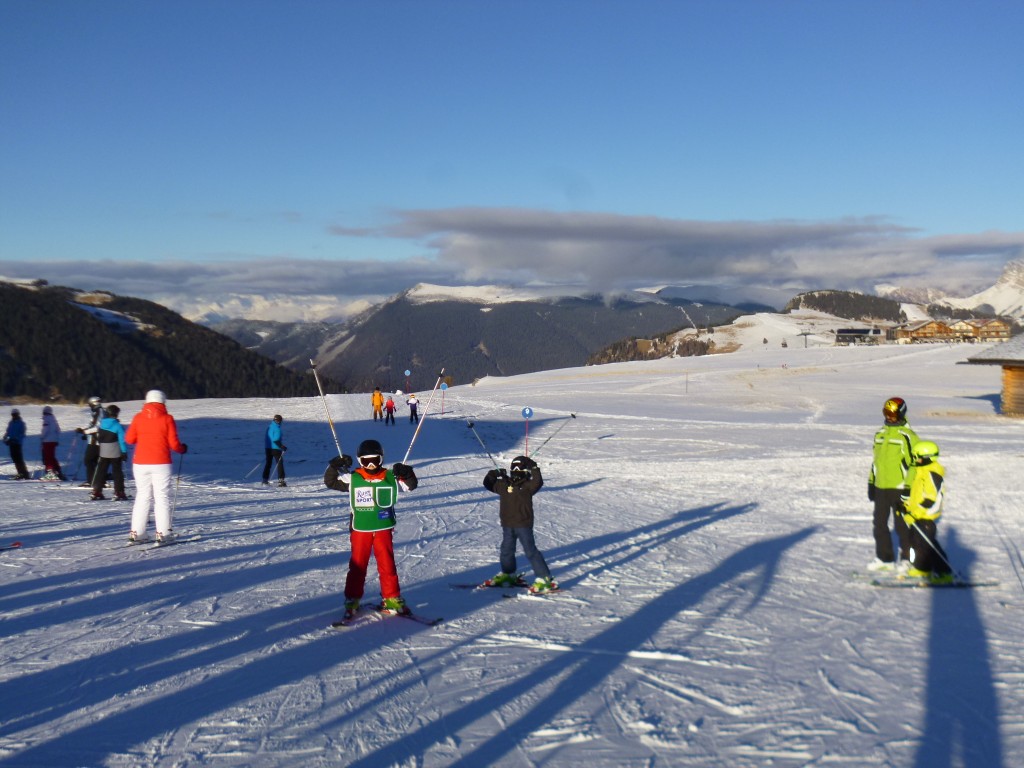 Can you believe that this great delicacy was modestly simply invented by a young chef named Franz Sacher? One evening in 1832 the famous Prince Metternich of Vienna had planned a grand gala and his head chef became ill. So it was up to Franz Sacher to prepare dessert for the evening. He decided to to create a chocolate cake filled with apricot jam and covered with a thin glaze of chocolate. The dessert was a grand success and in Franz’s honor the cake was named after him. From this date forward the Sacher Torte became an indispensable dessert for upper class European Society.

However, why can’t it be our recipe too?

The original recipe is closely guarded by the Sacher family, but many versions of the Sacher Torte have been created. So I along with my little chef created our own version too. In our version don’t be surprised by changes such as the addition of yogurt, extra virgin olive oil  instead of butter , only 200 grams of chocolate and strawberry jam which is my little chef’s favorite. Franz Sacher didn’t endorse this recipe but it is our original creation of the Sacher Torte…

The only measuring cup is a yogurt jar.

How to make it:

First in a medium sized bowl, beat the eggs with the sugar and yogurt until foamy. Melt the chocolate in a separate pan. Whisk in the flour and when it is incorporated add the oil , then the melted chocolate and finally the baking powder. Mix gently after each addition to ensure a smooth batter.

Pour the batter into a pan and bake for 30 minutes at 180 degrees or until the top of the cake is golden brown and an inserted knife comes out clean. Another sign is when the cake starts to pull away from the sides of the pan. Transfer to a cooling rack and let it rest for 5 minutes. Now slice the cake into two parts and cover each part with jam. Reassemble the cake placing one layer on top of the other. Next make the glaze by melting the chocolate and adding the honey. Cover the cake with the glaze.

Now your Sacher Torte is ready! Take a delicious slice and savor it slowly! 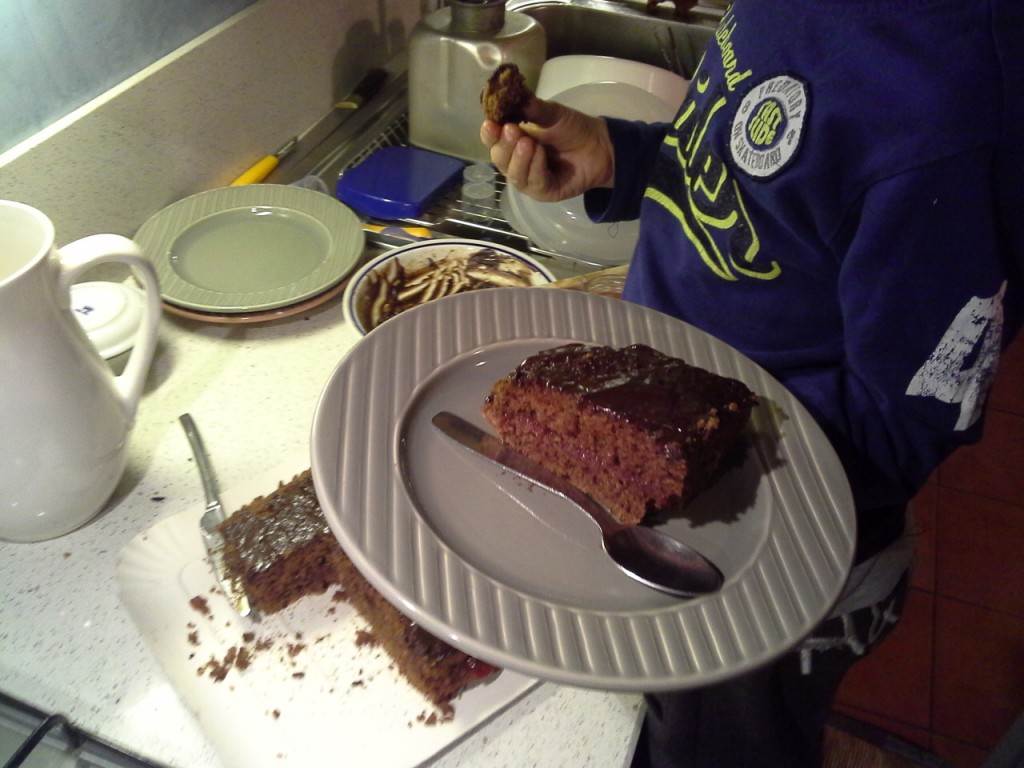